Your cart
Just as we feel about Black History Month and month-long celebrations of other Diaspora cultures, we believe that every month is an opportunity to celebrate women at Inspired Luxe. That being said, we do want to respect the month by paying homage to fabulous women making a difference on the national and international stages as well as in their own local communities.
There are so many inspirational women throughout the world (yeah!) – way too many to include in this one note to you that we chose to spotlight Boss Women from California because of their enormous global impact individually and collectively (after all, it does take a village). The other common denominator all of these amazing women have in common is, they do what they do with brains, grace, and strength all the while rocking their own individual styles.
We start with the bright stars shining a light on injustice and effecting change in the world of politics, because in today’s current climate: Politics Matter. Whether it’s the #MeToo, #TimesUp or the #NeverAgain campaigns or the Inclusion Rider, which Frances McDormand gave a shout-out to when she won Best Actress Award at this year’s Oscars.

Among California’s rising political stars is San Francisco’s Board of Supervisors President and Mayoral Candidate London Breed and Supervisor Malia Cohen who is running for California’s State Board of Equalization. 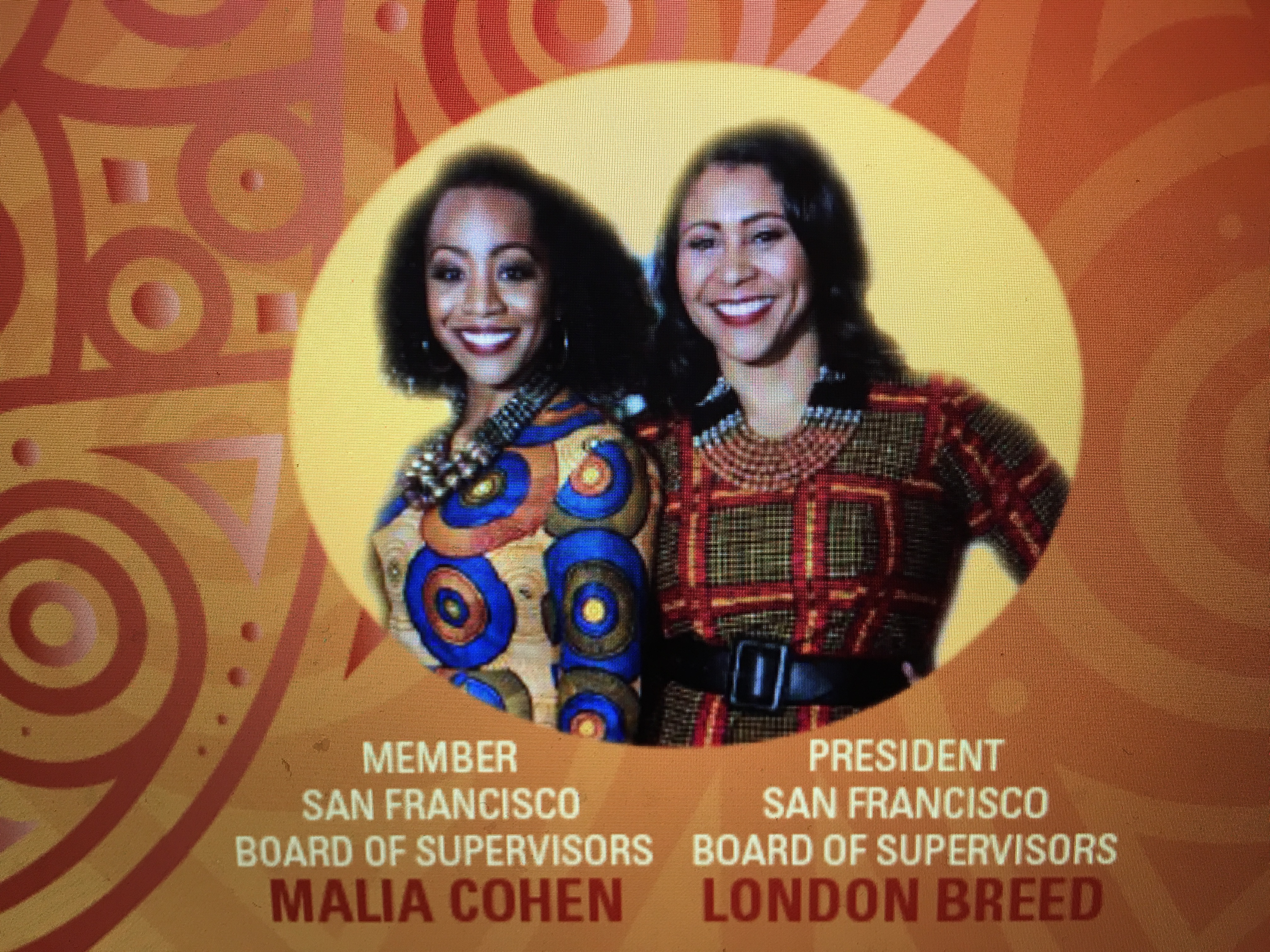 The list of distinguished California politicians is long and powerful: from Senators Kamala Harris and Diane Feinstein, House of Representative members Nancy Pelosi, Barbara Lee, and “Auntie” Maxine Waters to Oakland’s Mayor Libby Schaaf. We have an even greater appreciation of Condoleezza Rice when she was Secretary of State for her brilliant, considered diplomacy with both friendly and adversarial nations. 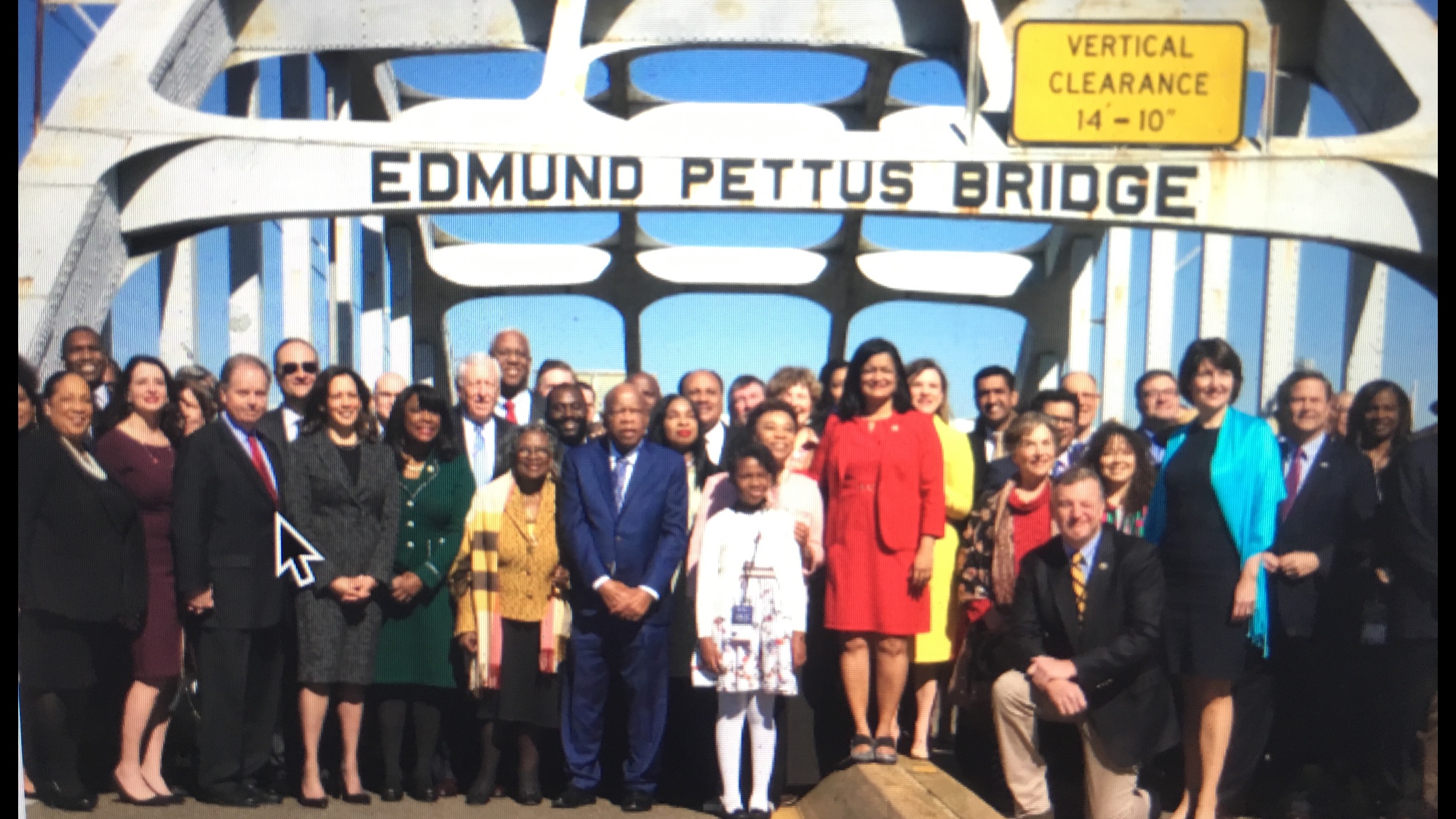 If you are talking California and Boss Women, you have to talk “Hollywood”. We celebrate Boss Women Oprah Winfrey, Shonda Rhimes, Ellen DeGeneres, filmmakers Ava DuVernay, Debra Martin Chase, Reese Witherspoon, YouTube President Susan Wojcicki, powerhouse entertainment lawyer Nina Shaw and Channing Dungey, Entertainment President of ABC, who is the first African-American to head programming at a major broadcast network. These Boss Women are all committed to democracy both in front of and behind the camera.  We also applaud film star Lupita Nyong'o who uses her visibility and voice at every opportunity to educate and advocate as does filmmaker Jennifer Siebel Newsom who used her medium of documentary filmmaking to bring together Condoleezza Rice, Katie Couric, Rachel Maddow, Gloria Steinem and others discuss sexism in American society and the media in “Miss Representation”.

We also celebrate women entrepreneurs like Cathy Adams, founding President of the Bay Area Chapter of 100 Black Women, who champions and brings together talented women as part of what she does in running her event planning business, CDA Consulting Group; Anne Wojcicki, co-founder and CEO of the personal genomics company 23andMe, and Stacy Brown-Philpot, CEO of TaskRabbit, the on-demand platform for hiring people to do everything from build furniture to stand in line for you, who led the company’s acquisition by Ikea.

We are thankful for and appreciate the many women in California who support the arts and champion artists: among them philanthropists Wallis Annenberg, Sako Fisher, Ann Getty, Dede Wilsey, Peggy Woodford Forbes, Gorretti Lui, Gagosian Gallery Director Deborah McLeod, gallerists Karen Jenkins-Johnson and Thelma Harris and activist art collector Pamela Joyner. We also celebrate arts mother/daughter dynamic duo Joy Simmons, radiologist and art collector, and her daughter Naima Keith, deputy director and chief curator of the California African American Museum and arguably California’s most artistic family: legendary artist Betye Saar and her daughters Lezley Saar and Alison Saar, who are both artists, and her daughter Tracye, who is a writer.

We love the work of women’s organization The Links Inc., an international, not-for-profit corporation whose membership consists of nearly 15,000 professional women of color and is one of the nation’s oldest and largest volunteer service organizations, whose current President, Glenda Newell-Harris, is a California resident. (It is an organization of which I am proud to be a member).

And we are grateful for women like San Francisco’s second Poet Laureate and Glide Memorial Church Co-Founder Janice Mirikitani and Silicon Valley dynamo Felicia Horowitz who use their voices and their philanthropy to help those less fortunate. We also recognize Beyoncé Knowles in this group for her quiet philanthropy. Among her numerous philanthropic initiatives and donations, she co-founded the Survivor Foundation, an organization she established with her mother Tina Knowles, sister Solange Knowles, and cousin Kelly Rowland to help victims of Hurricane Katrina and established #BeyGOOD, to help the homeless, sick children, and the unemployed.
.
One of our “Hope of the Future” change agents is California-born, soon to be Royal Meghan Markle, after her May marriage to England’s Prince Harry, who has already used her world platform to speak out for women’s rights.

Sadly, in the world of fashion, we still have a lot of work to do to in California, and beyond as it relates to women, particularly, women of color.  Cookie Johnson is the biggest California-based black designer that we’re aware of with her clothing line called “CJ by Cookie Johnson”. (Please share with us other California designers of color who are not on our radar). This is exactly that paradigm that we are committed to changing through our work at Inspired Luxe: our mission is to “democratize the runway” and make it a more inclusive environment for both women and artisans of color.

We invite you to #impactshop by supporting some of the women artisans that we are featuring on Inspired Luxe.  Happy Shopping.

Here’s to the power of the Purple Purse Power

Denise and the Inspired Luxe family 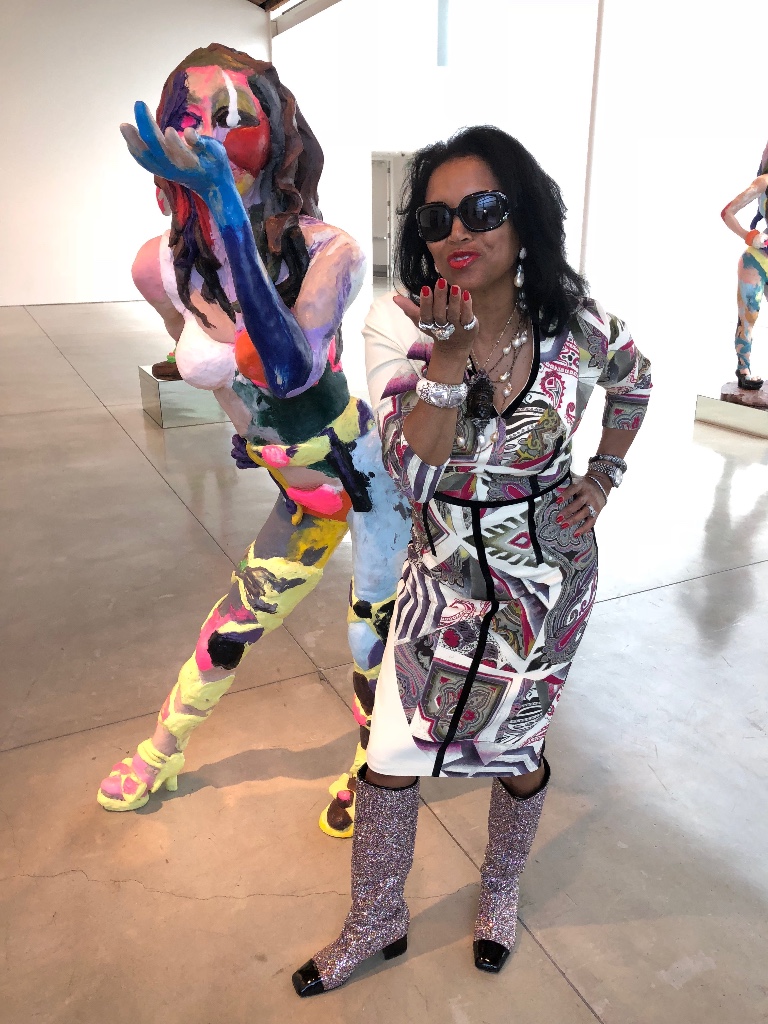